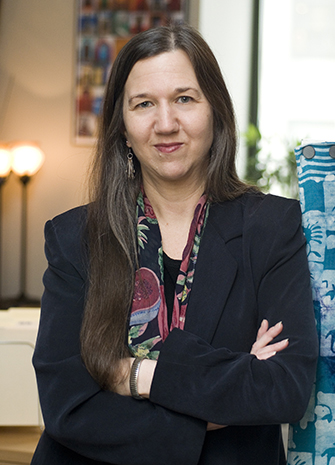 Janet Gornick attended Harvard University, where she was awarded a B.A. (psychology and social relations, 1980), an M.P.A. (Kennedy School, 1987), and a Ph.D. (political economy and government, 1994). She is currently a professor of political science and sociology at The Graduate Center, CUNY. From September 2006 to August 2016, she served as director of LIS (formerly the Luxembourg Income Study), a cross‐national data archive and research center located in Luxembourg, with a satellite office at The Graduate Center. Since September 2016, she has served as director of the James M. and Cathleen D. Stone Center on Socio‐Economic Inequality, and as director of the US Office of LIS.

Most of her research is comparative and concerns social welfare policies and their impact on gender disparities in the labor market and/or on income inequality. She has published articles on gender inequality, employment, and social policy in many journals, including American Sociological Review, Annual Review of Sociology, Social Forces, Socio‐Economic Review, Journal of European Social Policy, European Sociological Review, Social Science Quarterly, Monthly Labor Review, and Feminist Economics. She served as guest editor for “Work‐Family Reconciliation Policies in High‐Employment Economies: Policy Designs and their Consequences,” a special double issue of the Journal of Comparative Policy Analysis (2006‐2007). She regularly presents her work in popular venues, including The American Prospect, Dissent, and Challenge Magazine.

She serves on several advisory and editorial boards, including for the Society for the Study of Economic Inequality (ECINEQ); the Foundation for International Studies on Social Security (FISS); Pathways Magazine; the Washington Center for Equitable Growth (WCEG); The Russell Sage Foundation Journal; the Center for Economic and Policy Research (CEPR); and the Journal of European Social Policy. 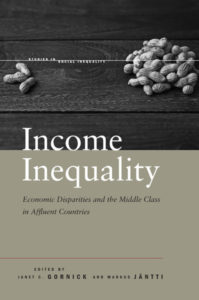 This state-of-the-art volume presents comparative, empirical research on a topic that has long preoccupied scholars, politicians, and everyday citizens: economic inequality. While income and wealth inequality across all populations is the primary focus, the contributions to this book pay special attention to the middle class, a segment often not addressed in inequality literature.

The Consequences of Decentralization: Inequality in Safety Net Provision in the Post–Welfare Reform Era

The Socioeconomics of Single Parenthood: Reflections on the Triple Bind

Comparative Research with Net and Gross Income Data: An Evaluation of Two Netting Down Procedures for the LIS Database

Parental Leave and Fathers: Extending and Deepening the Knowledge Base

Leave Policies in Challenging Times: What Have We learned? What Lies Ahead?

Gender, Employment and Parenthood: The Consequences of Work-Family Policies